Relaxing weekend at the in-laws...

So let me back track first...Thursday night was my first home made meal in England.  I made a "traditional" English dinner...Sausage, mash potatoes, and veggies.  It was an adventure for me since I had very little to do it with (stuff still not here) but it was a HUGE success.  The hubby actually had seconds so you know he wasn't just being nice. lol.  I was quite impressed with myself.  So yeah...forgot to take a picture and when I finally remember Mark was on his last bite but yea...meal 1 done.

We left Friday afternoon for Mark's parents house.  It normally is about a 3 hour drive North from here but Mark learned a new way and so we got there in 2 1/2 hrs which was super nice.  The weekend was really low key.  His dad is an amazing cook and so we ate...ate...and ate some more all weekend long.  It was his dad's birthday as well so we brought presents and stuff...it was a really good time.  Some highlights of the weekend were going for a ride in his parents new sports car...NICE!  It is a Mazda MX5...or at least that is what they call it over here....did I say nice...cause it is really nice! lol  We went shopping as well at the metro centre (the biggest mall in Britain), average American mall lol.  But Mark got a few items for our honeymoon and I got a coat!  I walked by it and well it was love at first sight.  Kind of expensive but Mark was like get it...Shara's head was like no this is too pricey but I didn't ever hang it back on the rack lol.  So when we went to the counter to ring it up it was half price...I just about wet myself with excitement!  Ahhhh me and my love for coats...it is so cute.  Don't have a pic of it just yet but I'll put it up as soon as I get one.

Other than that the weekend was chill.  Mark and I went for a walk along my fav. beach (Seaham) and took some pics.  It is the same beach we got engaged on and have had numerous big chats on.  It was just really nice.  So that is that.  I get to babysit small child one and small child two this evening.  The Fazal's have parent/teacher conferences and the girls chose me to watch them...tehe.  They are fun!  So hopefully all will go well.  My stuff is set to come for this week Thursday!  I am like a kid waiting for Christmas...Thursday can't get here soon enough!  But that is about all from the mother land.  Hope all is well back in the states.  Did I mention I miss my Starbucks ice tea....oh yeah cause I do...who knew I was that addicted to it.  Okay maybe I had a bit of a clue but...mmmm ok adios for now. 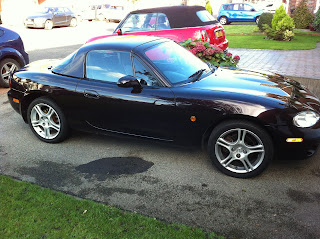 Mark's parents new little sports car!  Did I mention how nice it is?!? 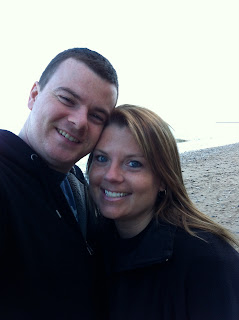 Us on our fav. beach 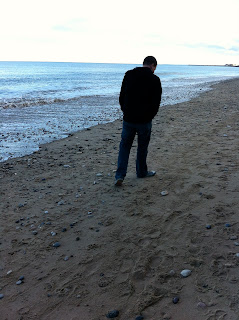 Mark and I trying to be artsy lol 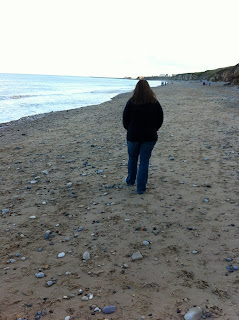 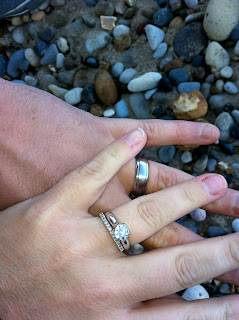 Looking out over the North Sea from the parking lot 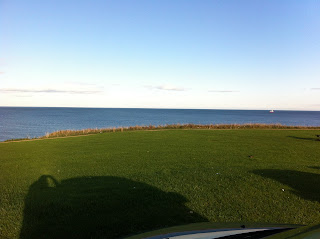